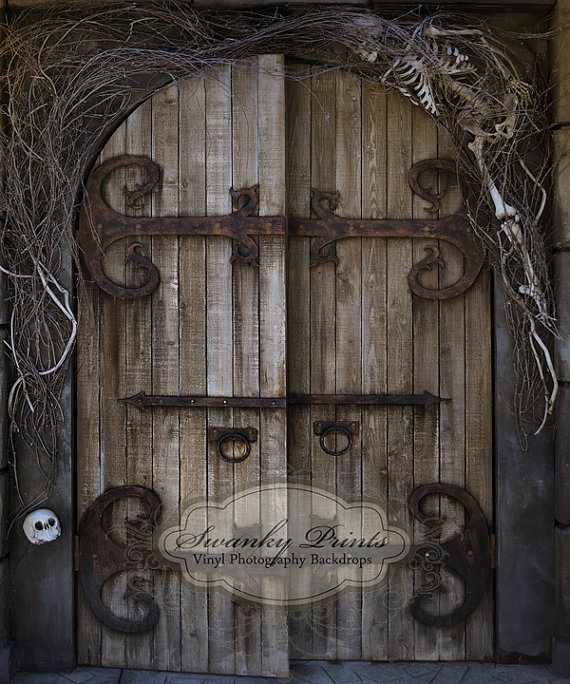 Play the story up until you get to Dragonreach in Whiterun, and the Jarl and Mage will direct you to the nearby Bleak Falls Barrow ruins. To get there, travel to Riverwood remember that you can select previously visited locations on your map to fast travel there , then leave going north along the path, but instead of going towards Whiterun, take a left at the junction and up the mountain.

Be wary of wolves and bandits on the way up, and at the end of the path is the Temple. Take out some more bandits, then climb the steps to the right and enter Bleak Falls Temple. Just inside, run through the cavern and encounter the two bandits by the fire. By hearing their conversation, it'll trigger the Golden Claw quest. In the event you miss this, or you want to pick it up and run the dungeon outside the main story we say kill two birds with one stone, but up to you!

Enquire about it to start the quest. After the opening camp fire, follow the tunnels until you reach a room with a lone Bandit, a lever and a series of rotatable stones with adorned with symbols on the left. Don't pull the lever, lest you want a shower of arrows in the face, and turn the stones on the right to whatever matches the two high above at the far end of the room the middle stone is the one lying on the ground next to the lever. The answer is Snake, Snake, Fish, which allows you to safely pull the lever, raise the gate and progress.

Loot the goods on the table ahead and then go down the wooden staircase left, and follow the passage until you encounter a webbed over room on the left, which you can swipe apart so you can enter. Defeat the spider - it's fairly easy to kill even at this early stage - and chat to Arvel, who will continue to Golden Claw quest.

Regardless of what happens, Arvel will try and flee with the Golden Claw as soon as he's free, so cut him down and kill him to get the item - you'll need it to continue. Continue down the passage behind Arvel until you reach a room filled with Draugrs. Defeat them, watch out for the pressure pad by the gate as you progress further, and following the next room is a passage with swinging blades to avoid. Simply step forward a few paces after each one goes until you reach the end.

If you don't fancy fighting the Draugr, then you can always ignore them, run past the blades and they should follow you into their path - though if you have a Follower, then they could also do the same so they get through unhindered. Either way, there's a switch to the right you can pull when you're through the other side that'll stop the blades from swinging further. Continue to a lit room with a waterfall and a Dragur that emerges from a coffin leaning against the far wall.

Pull the chain next to the gate where the water flows to, and follow the water down until you can take a passage right. Follow the passage round so you pass the waterfall on your left you can continue down for a chest and press onward until you reach a Restless Draugr, which is a little more powerful than the rest. Once vanquished, enter the Bleak Falls Sanctum. Want more help with Skyrim? Find out how to join every guild and faction , how to earn Gold fast , learning about XP and levelling to , max Crafting skills , max Warrior skills , max Thief skills and max Mage skills , how to get married , where to buy a house , how to start Dawnguard, Hearthfire and Dragonborn DLC expansions.

If you're on PC, we have a list of console commands and cheats , and you can learn about the remastered version and how to install mods with our Skyrim guide. Finally, with Switch owners, we have Skyrim amiibo support explained to help unlock special Zelda-themed items. Inside Bleak Falls Sanctum is a large room. Take the steps at the back, go left at the top and round onto the bridge elevated into the middle of the room, and continue on until you reach a long area with a puzzle containing a series of rings and symbols on the wall.

To solve this puzzle, examine the Golden Claw that you got from Arvel the Swift earlier in the Items menu it's designated as a 'Misc' item. There you'll see the symbols you need to match - a Bear, a Butterfly and an Owl, going from top to bottom. Head through the cavern, and up the short steps and approach the curved word wall inscribed with words to learn the Dragon Shout 'Force, Unrelenting Force', completing the 'secret of Bleak Falls Barrow' quest.

As you turn to leave, you'll face a powerful Dragur who climbs out the coffin. You can get a few cheap hits in as he climbs out and draws his weapon, otherwise make sure you are healed regularly and take your time to evade and block, and he should go down quickly. To leave the dungeon, head up the steps along the far left of the wall, where you'll find a switch that'll open a hidden passage. At the end is a way out back to the open world, where you can either drop down the rocky cliff face and make your way on foot, or fast travel.

You can go straight to Whiterun to continue the story, but you may as well as complete Golden Claw sidequest first. LDomagala LDomagala 1 1 gold badge 2 2 silver badges 6 6 bronze badges. Add a comment. Active Oldest Votes. Here is an image to the one you are speaking of: Just arrange the door rings like you see on the claw and voila.

Improve this answer. Rapida Rapida I was wondering where the solution was to be found, didn't know it was this obvious I managed by trial and error — Ivo Flipse Nov 13 '11 at Does the solution vary per instance of the game? I've heard some talk about it being randomized. I can't get the rings to rotate RavenDreamer It's not randomized, got the same image with my second character. 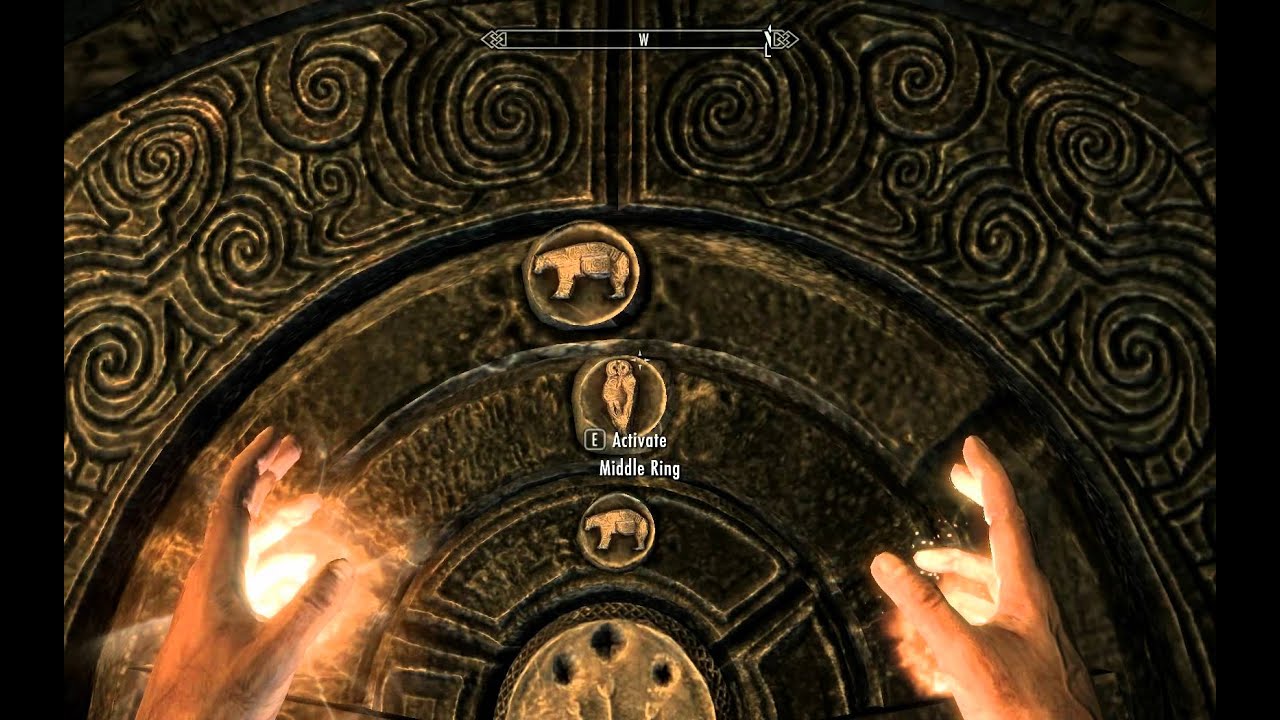 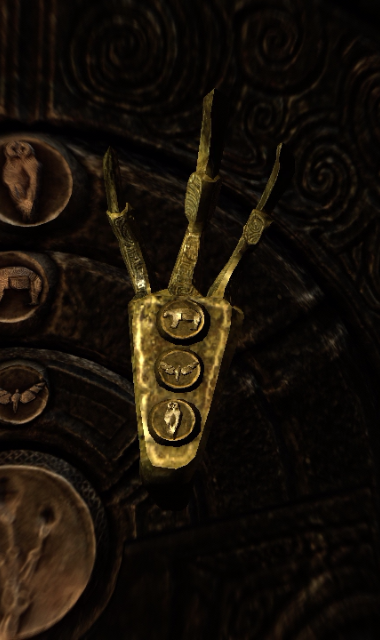 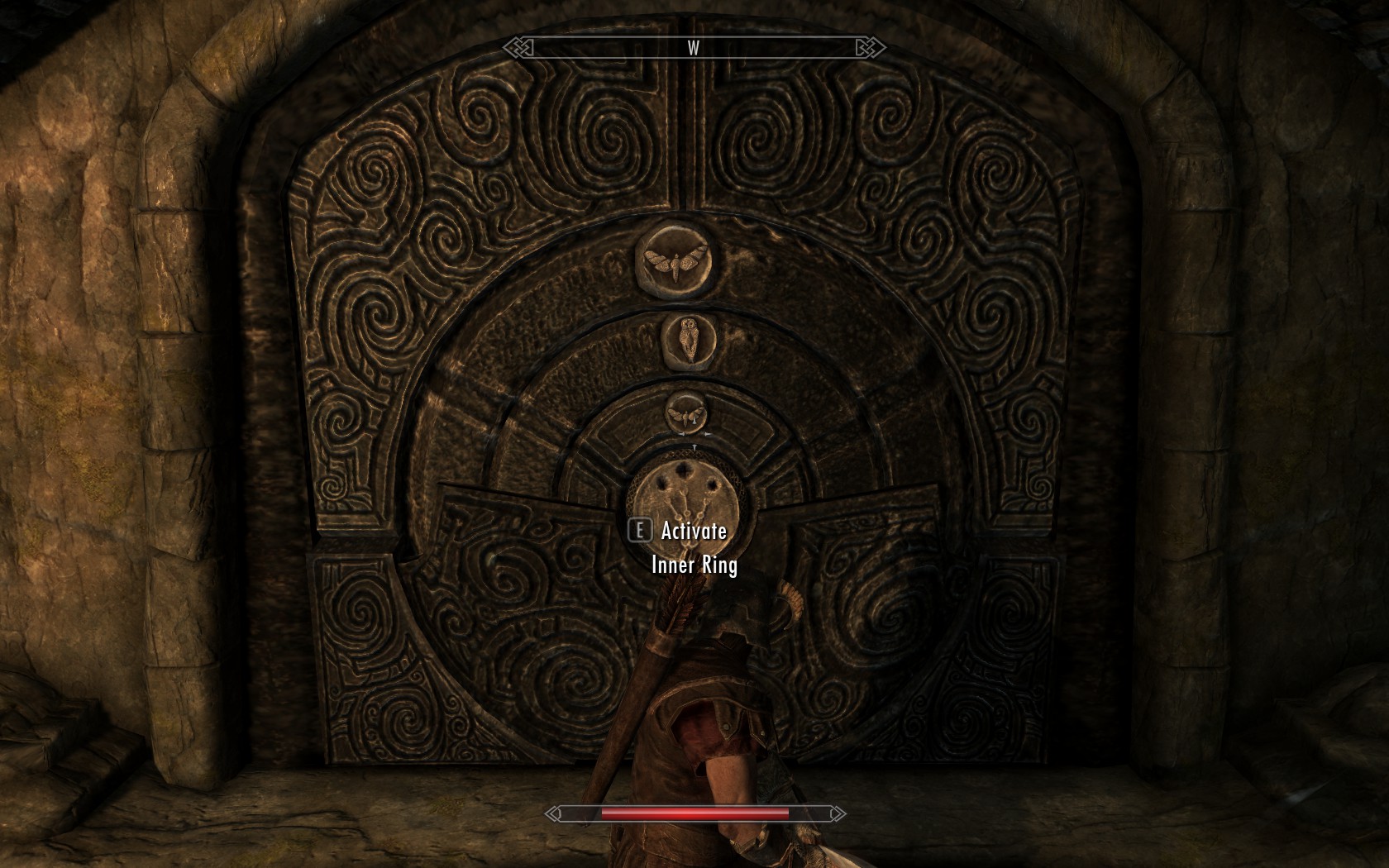 name of the golden dragon china